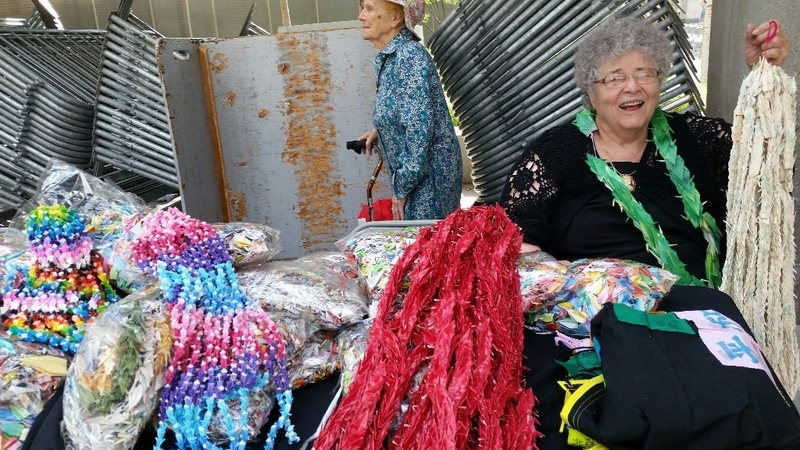 To our dear friends in Japan:

We held another big event yesterday in the Peace Garden at the Toronto City Hall. Several hundred people came to hear the speeches and music. I spoke too, urging everyone to write letters to Prime Minister Justin Trudeau. It would be wonderful if your group would also write to him, asking him to take the lead in promoting a nuclear weapons convention right away. We think this is the most promising time that has arisen for several decades. We are trying to get a whole truckload of letters to the prime minister’s desk before September 12, when they will decide what to do about the resolution at the United Nations.

Here are a couple of photos that other people took of me and another activist, Eryl Court, at the table we maintained. We took all your paper cranes down there ― there were probably 100,000 or more of them ― and gave them to various people to take to their own groups. We are grateful to you for those cranes and for the beautiful banner that we kept stretched out behind us. Of course, we will keep the banner to use year after year, along with some of the cranes that are made to hang as ornaments. We had an inspiring day.
With the continuing friendship of Science for Peace and the other peace activists in Toronto.